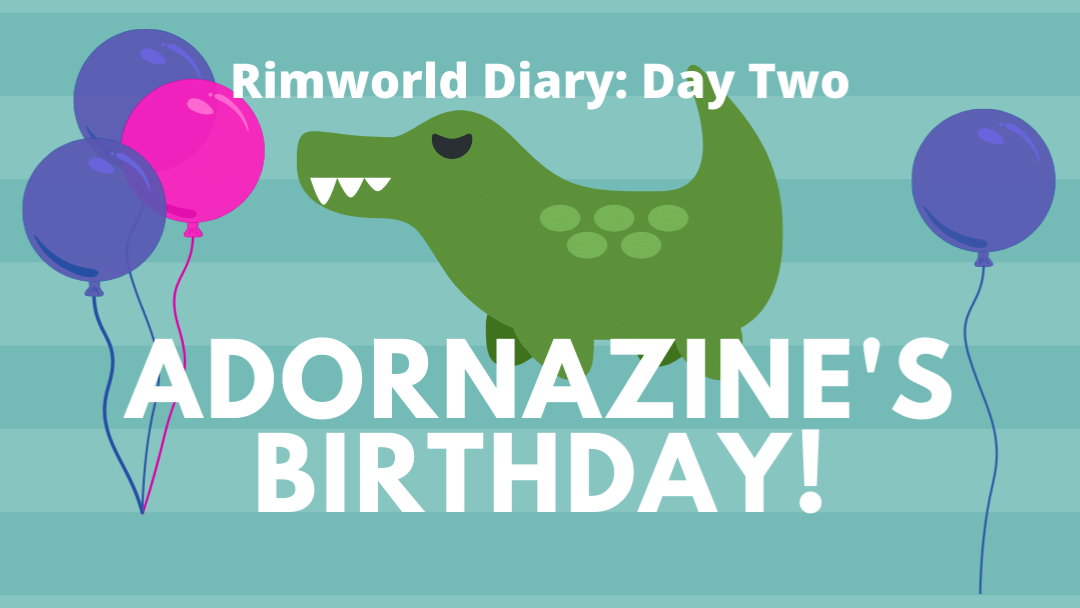 Welcome to this Rimworld gameplay diary!

For this playthrough, I modded Rimworld for medieval period technology, fantasy races, and magic. If you would like to read a detailed introduction to Rimworld, the game settings used, and the colonists/characters, see Rimworld Diary: Day One – Artistically Shot Ibex.

The text jumps between game narrative in the past tense, game text/meta in block quotes, and my comments in italics.

Neche, the corgi, slept with the ibex carcass all night.

The sun rose over the camp. It was Adornazine’s birthday! The male crocodile turned 27 years old.

Adornazine spent the day wandering around.

Wanting to return to the stillness and quiet of the underground, Xilmoira and Venmoira agreed on some basic plans for excavating the nearby hillside. Together, they spent the morning slowly mining slate.

Glynneiros started to help with the mining but it was slow and hurt his back. He decided to gather wood and clean rocks.

Instead of cooking the raw koi and ibex, Xilmoira removed pests and weeded around the rice plants.

Yeah, that’s when I placed the campfire and gave a bill to cook simple meals. Xilmoira is most helpful when cooking.

The lynx quietly sauntered into the makeshift shelter. He sniffed each of the sleeping bags and then turned around and walked back out.

Xilmoira has experienced an inspiration!

She will successfully recruit the next prisoner regardless of difficulty or resistance.

The inspiration will end after 8 days, or when the prisoner is recruited.

Do you think Xilmoira considers this less a commune and more a compound?

In the evening, Fendan and Glynneiros gravitated to the gardens to relax. As they were weeding they discussed all manner of topics.

Fendan quipped about practicing scimitar skills with Glynneiros, for example. They talked about smithing longswords.

They discussed birthdays and whether they should do anything special for Adornazine’s birthday. Would the crocodile understand their friendly gesture?

I’m sure he would have. Unfortunately, this is the only mention of “birthdays” among the colonists. They did not prepare a special meal or give gifts; no extra pats on the back or kibble treats.

As they tended to the plants, Fendan leveled up his crafting skill.

The conversation turned stranger the later it got. The two men talked about the color of vomit and training spiders. Then, Glynneiros told a joke about makeup to Fendan. Fendan is used to attention due to his good looks but wasn’t sure how to take this joke. Yawning, Fenden decided he was going to settle down for the night, get some sleep. Glynneiros, ever the night owl, continued to look for pests on the leaves of potato plants.

Adornazine and Neche slept the night with the ibex carcass.

Maybe I should have sleeping spots made for the pets.

Thanks for reading! Putting these Rimworld diary posts together has been fun.

When Rimworld prompts me for the colony name, I’ll probably take the first random suggestion. Then, at last, the colony and this collection of diary entries will have a name. 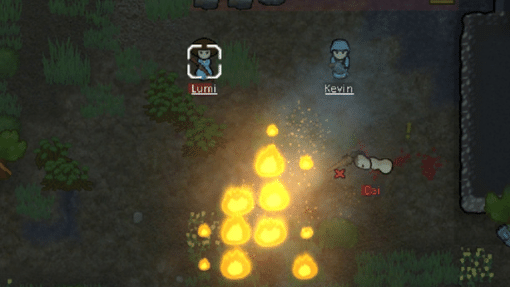 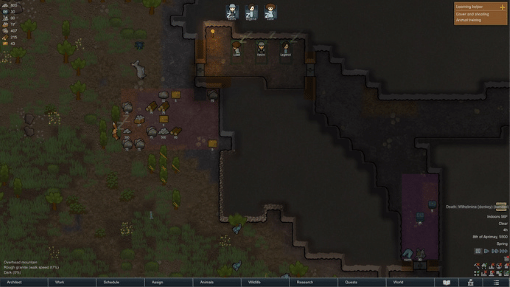 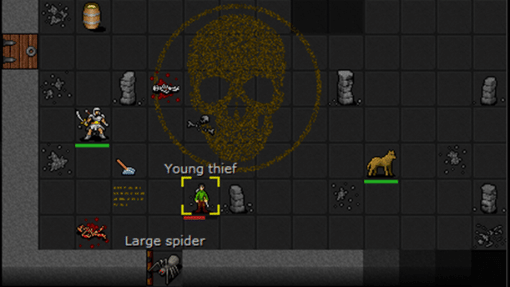 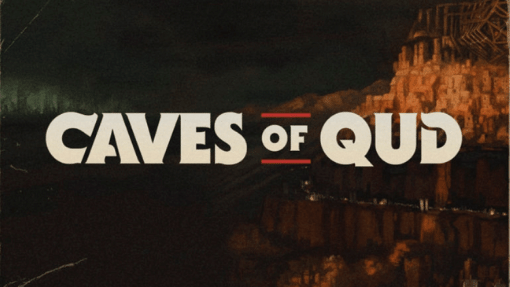 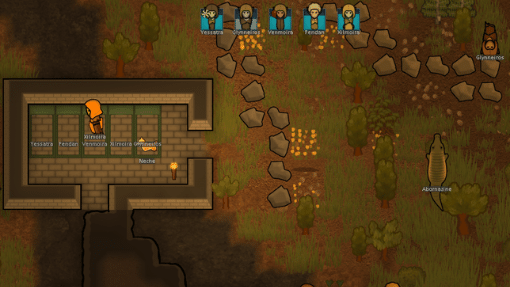 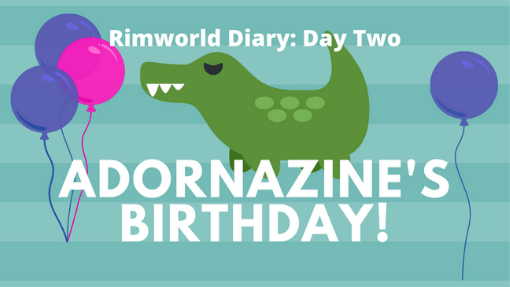