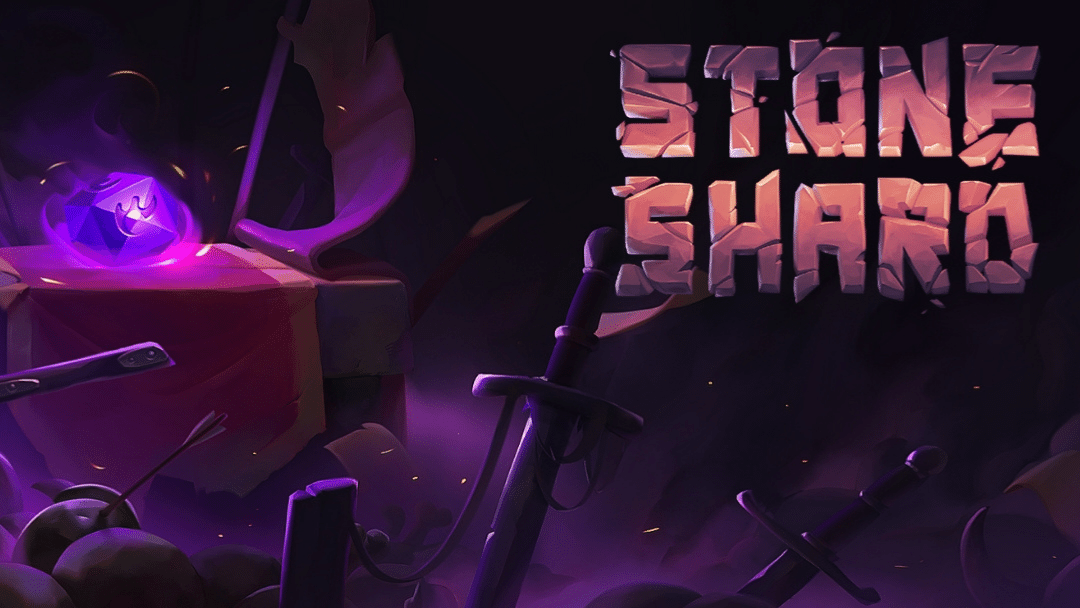 Stoneshard by indie studio, Ink Stains Games was recently released in Early Access on Steam. It’s a single-player, turn-based RPG with pixel-art graphics. Players adventure in the medieval world of Aldor as a mercenary, clearing bandit camps and dungeons.

Although there are save points, the game feels rather permadeathy with its challenging difficulty and death screen. Users have tagged the game as “roguelike” on Steam. Though mouse use is fully supported, I was able to use the Numpad to move diagonally. I like that.

Stoneshard has two core features that pull players back into the game: exploration and challenge. During the tutorial, I enjoyed moving from room to room, exploring the dungeon, looking for loot, fighting foes, managing health and medical needs, and leveling up. Later, post-tutorial, I kept playing for the challenge of exploring the nearby woods, collecting herbs and hunting animals, then carefully returning to the tavern save point–so as not to die yet again in a bloody pile. The game kept me focused on every turn. It was hard. The promise of adventure was tempered by ever-present danger.

Was the game really that challenging? It was for me; tougher than I’m used to. For example, at the end of the tutorial there is a boss fight (surprise!). That fight took me about ten times (!) to win. It was frustrating. As I played and died, I started to figure out the puzzle, the order of things, the small clues. You bet it felt great though when I finally won.

Sometimes, we think through our daytime problems while sleeping. The folds of our brains turn over problems, like sweaty hands turn over the colored faces of a Rubik’s Cube. If lucky, we wake with the solution.

Frustrated from several red-rimmed death screens in fairly quick succession, I saved and went to bed. In my dreams, it occurred to me that I should turn the difficulty down to basic. Entering dungeons (in R.E.M sleep) was easier that way.

The next morning, I made coffee and sat down to play Stoneshard more. Immediately, I checked the game settings. There was no difficulty radio button or slider. Nothing.

Maybe variable difficulty will be a future feature. I don’t know if it needs it necessarily and I wouldn’t blame Ink Stains Games for not adding such a feature. On the other hand, having an easier difficulty mode, or even a more hardcore mode, might attract a wider spectrum of gamer types. I don’t see additional difficulty levels listed on the development roadmap, but it might happen.

I found it strange that after winning the boss battle, I had a whole bunch of spell points and ability points to spend. Why? It didn’t really matter; I ended up with a different character. See, after completing the tutorial, you start over with a new character. You choose from one of four pre-generated characters.

The option to create your own character was grayed-out, for now.

I rather like how the developer subtly swapped the lead character and framed the Stoneshard story–in dialogue, over a pint of beer, in a tavern. Classic, right?

Anyways, I chose Jonna. I pictured playing as a powerful, evil necromancer.

In retrospect, the mage might be the more challenging class to start with. Eventually, the wolf will reach you and your cloth robe. Also, I should have held on to the knife. Instead, during combat I switched from bow to Armor-Piercing Cammock (staff), with +5 Block Chance and 15 Crushing Damage. Not bad, but not a knife.

First 7 Things To Do In Osbrook

Warning: If I understand correctly, Stoneshard saves only when you sleep/save the game, not when you Exit the game or go to the Main Menu.

The Stoneshard world is procedurally-generated with fixed city/town tiles. On the map are places of interest designated with question marks. The placement of those question marks is different for each game. When you receive a quest, the location of the quest objective may be shown on the map too, if applicable.

If you find a bear in one tile, that bear will always be there every time you go there. When you kill that bear, a carcass is left behind. Later, you’ll see crows scavenging. They will fly off as you near. Eventually, there will be no trace of the bear. A new bear will not spawn.

Sometimes, you’ll see those game entities come in contact and act according to their AI behaviors. For example, if a moose comes near a pack of wolves the wolves will attack. A fight to the death will ensue. Stoneshard has a living, breathing, and mauled-by-wolves world.

The map is a physical thing you carry in your backpack. Like real maps, your location is not displayed on the map. You’ll need to pay attention to the direction you travel and relative distance from the nearest town.

Not-so-powerful Jonna set out to the south of town. She wandered among butterflies, gathering herbs: yellow Agrimony, white Bogbean, purple Burdock and Thyme, red Poppy, and green Horsetail. The herbalist doesn’t offer much, but it adds up.

Just past the fork in the road, two world-weary and angry men-of-the-road ambushed Jonna. She shot arrows at one man, trying to get at least one arrow to hit. One did.

She switched to Fire Barrage spell, with a range of 5.

As both men neared, Jonna put the bow away and grabbed her staff. She cast the Blaze spell to set both men aflame.

It was a close fight but Jonna was victorious (finally!).

After the ambush, Jonna was in bad shape. She applied healing salve, chewed on Bogbean for the pain, and of course, ate some fried chicken for hunger.

Stoneshard will be in Early Access for the next year, but there’s no reason to put off getting the game now. What’s available is fun to play and will likely get much much better.

I did not get too far into the game, I’m afraid; much of my time was spent trying to survive to get to level one. Continually returning to Osbrook, I did not do any dungeon delving, post-tutorial. Unfortunately, I did not get to experience much of the world setting, story, and lore. I have no doubt it’s out there though.

If the idea of having a great looking and accessible roguelike sounds good, Stoneshard is an excellent choice. The mouse support and skill bar make it approachable for gamers that do not want to learn keybindings. The survival mechanics and the dangerous world gives each turn weight and causes us to pause and to think about the next move. It may not feel like it when out in the open picking handfuls of herbs, but the situation can quickly become dire.

Thanks for reading this Stoneshard review!

Have you played Stoneshard in Early Access? Did you have fun? What are your thoughts? Let me know in the comments below. 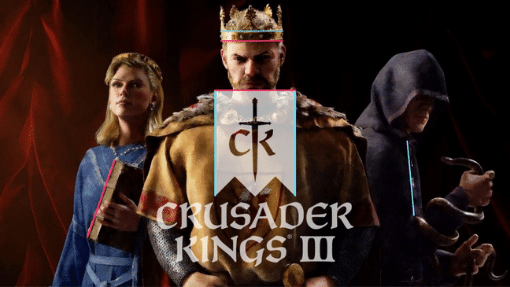 Crusader Kings 3 is a gorgeous refinement over the previous title with engaging new mechanics and improvements to make the complexity more accessible. 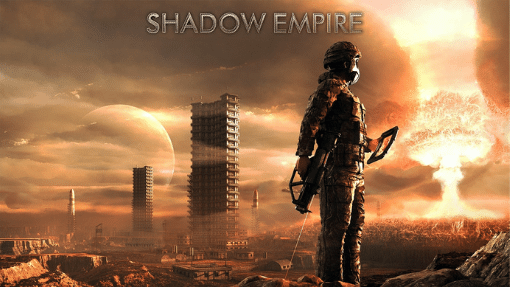 Shadow Empire is a unique sandbox of deep simulation in which you the player can immerse yourself and make strategic decisions for planetary conquest. 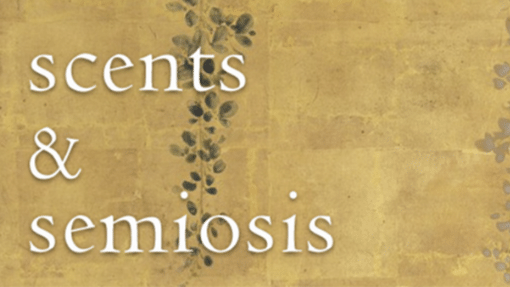 Try your hand as a perfumer in Scents & Semiosis, interactive fiction with procedural generation, strange ingredients, and private memories. 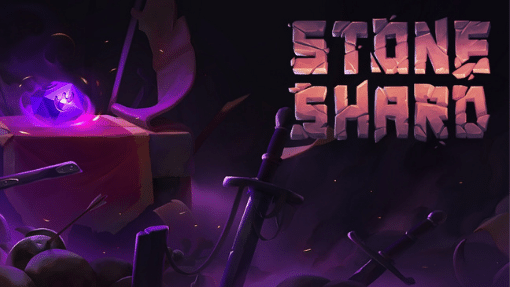 Stoneshard will kill you—often perhaps—but character progression and the call of adventure will make you even more determined to continue. 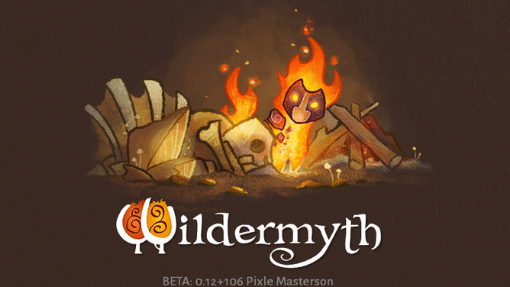 Experience the character depth and party-based turn-based tactics to be found in this Wildermyth Review. Your story begins here.